Documentary Wedding Photography Services in Bristol and Across the World

Picture this. It’s the middle of summer. One of those rare days of glorious English sunshine. I’ve taken the photos of the ceremony and we head to the park to take a few outdoors shots.

It’s at times like this when my experience as a fashion photographer comes into its own. I take the couple into the shade of a tree. Now, this would normally be too dark, but I use my off-camera flash technique to light the subjects, with a nice soft light without shadows under their eyes or nose. No moustache.

I find that using a scrim helps a lot in these harsh light conditions, when there’s no tree around to cast the shadow. What’s a scrim? It’s a light modifier used mostly outdoors in the photography, film and television industries, to reset the lighting conditions. This piece of translucent fabric diffuses the sunlight hitting the subject and gets rid of hard shadows. In short, it’s a cheap and handy tool that, sadly, most wedding photographers never use.

Take a look at the above picture. There were big cumulus clouds also casting shadows and causing uneven light. Sometimes the sunlight was really strong. See how the hard shadows in the first image (without a scrim) have softened in the last one. There are also catchlights in the eyes.

Photographers need those documentary-like skills, but they also need the skills to pose subjects in a park. The couple might be looking in different directions or be distracted by other guests. Without the knowledge of how to pose them, photographers can’t achieve high-quality portraiture.

There’s not much time for experiments, but it’s possible to practise how to pose before the wedding in a trial session. If we don’t, I can still position the bride and groom to get the best angles, anyway, which is better than the so-called photojournalistic style, when the photographer doesn’t know how to do it.

Guests can cause problems here. They can be managed if there’s a second shooter, but not another independent photographer, who would compete around the couple. There’s not much I can do about the guests, other than group shots, but when I’m working with a second shooter, he keeps them busy, while I focus on the bride and groom. 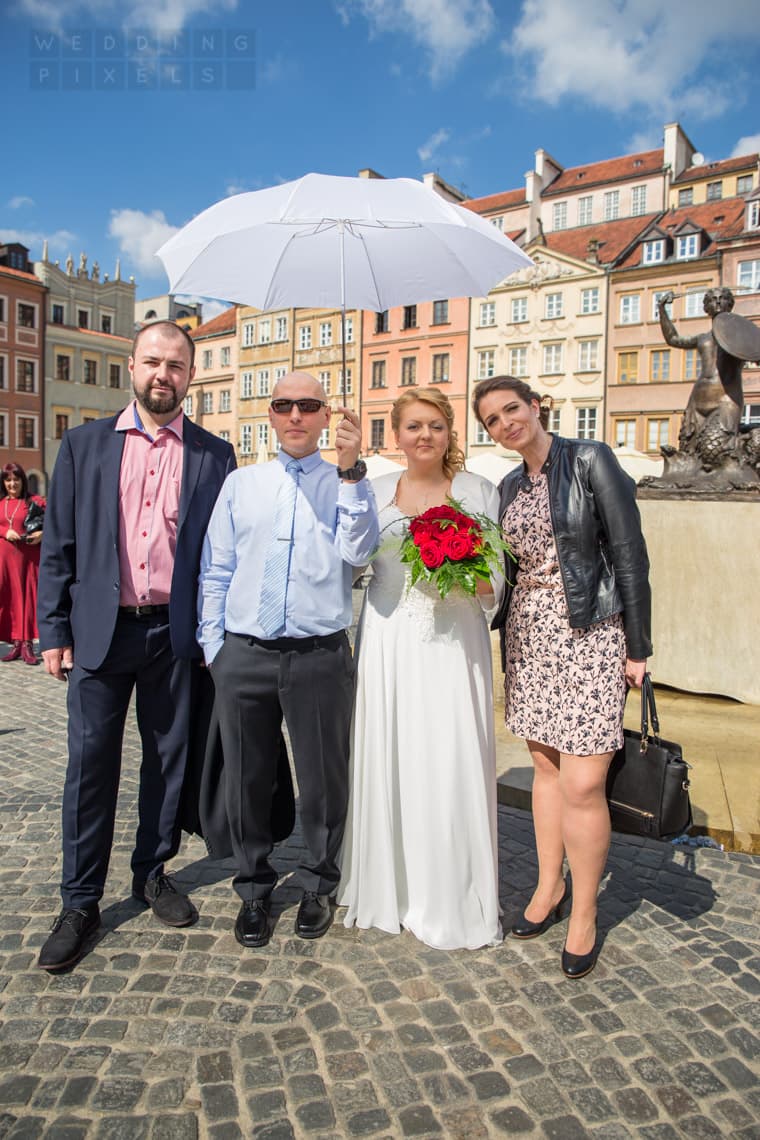 What if... there is no tree or any other shadow to hide?

Many photographers use flash straight to the couple’s faces. It happens in church and during reception. This never looks flattering and also blinds people.

I can’t blame the bride for falling for this. I would avoid such flash abusers too, and choosing ‘natural-light photographer’ would seem the natural way to go when there’s no other choice. Hopefully there is.

For me ‘natural-light photography’ is not a style. In fact, if one can only cope with ambient light, it doesn’t describe a skill but lack of skills, and it’s just a euphemism for someone who can’t use the flash properly.

The real skill in using flash is having the ability to bounce it off a ceiling or a wall, flash from behind the couple, using light modifiers and triggers to release flash light remotely. It’s far better to use it in an indirect way like this to achieve soft shadows and avoid the couple looking like deer caught in the headlights.

What if... there is no tree or any other shadow to hide?

Imagine this. The couple is on the dance floor, the light is dim, and the photographer doesn’t have flash light, but his expensive fast-prime lens can grab a lot of light in a short period of time. It looks like he’ll be able to capture those all-important first-dance shots, yes?

True, but there is one problem with wide-open, fast prime lenses when the subjects are moving. The price for the ability to capture a lot of light in a very short period of time is a very shallow depth of field. In short, very little will be in focus. It requires more luck than skill to focus on the eye of a moving subject.

On the other hand, closing the aperture a bit and bouncing light from the celling may achieve a nice shot.

Professional wedding photographers around the world should adapt to circumstances and use all possible techniques. Doesn't matter if it's Somerset or sunny California. Being a ‘natural light photographer’ is like being a painter who uses only blue paint. Use such labels and you describe yourself as a photographer with a limited set of skills.

So, next time a wedding photographer tries to sell himself as a natural light photographer or a photojournalist, it might pay to be just a little bit sceptical.