The revolutionary VR technology allows you to keep your memories in the form of an event that you can come back to repeatedly and relive. Many VR devices are already widely available and also affordable. So what's your excuse?

Go beyond 3D imaging or flat 360 degrees photos and videos. VR revolution has started, changing industries and social interactions. High-end VR headsets costs below £300, while entry level head gears for compatible smartphones are on sale for as little as £30. Such price tag makes it affordable, not only for the tech enthusiasts but also for the general public. Virtual Reality community is growing and current technology presents many opportunities. Are you ready to cross the next frontier?

I’m glad that you are here. Please use a contact form if you are looking for a specific answer, VR experience in Bristol, virtual tours and 360 degrees photography or video services including 360 degrees live streaming or 360 video over-capture as well as drone photography, gigapixel panorama or just a high quality imaging. I can help you to choose the right solution for your business. If Virtual Reality is something new for you, I think you may find some interesting information here.

Let’s start with few misconceptions, as pop-culture portrayed a very distorted image of VR, especially in the movies. From a scientist’s nightmare in The Lawnmower Man (1992) to cyberpunk dystopian future in Johnny Mnemonic (1995) and drug like overdose of VR connected directly to the brain in Strange Days (1995) or total chaos in Virtuosity (1995), where VR simulation was build using serial killers’ profiles as a blueprint. VR won't suck out your brain nor install a virus in your head :) but it wouldn’t surprise me if some of us would approach VR with a reasonable dose of distrust. I don’t claim that we were primed to afraid of so called Virtual Worlds in the 90’s, but we all know that VR didn’t make it to the wider audience at the time. 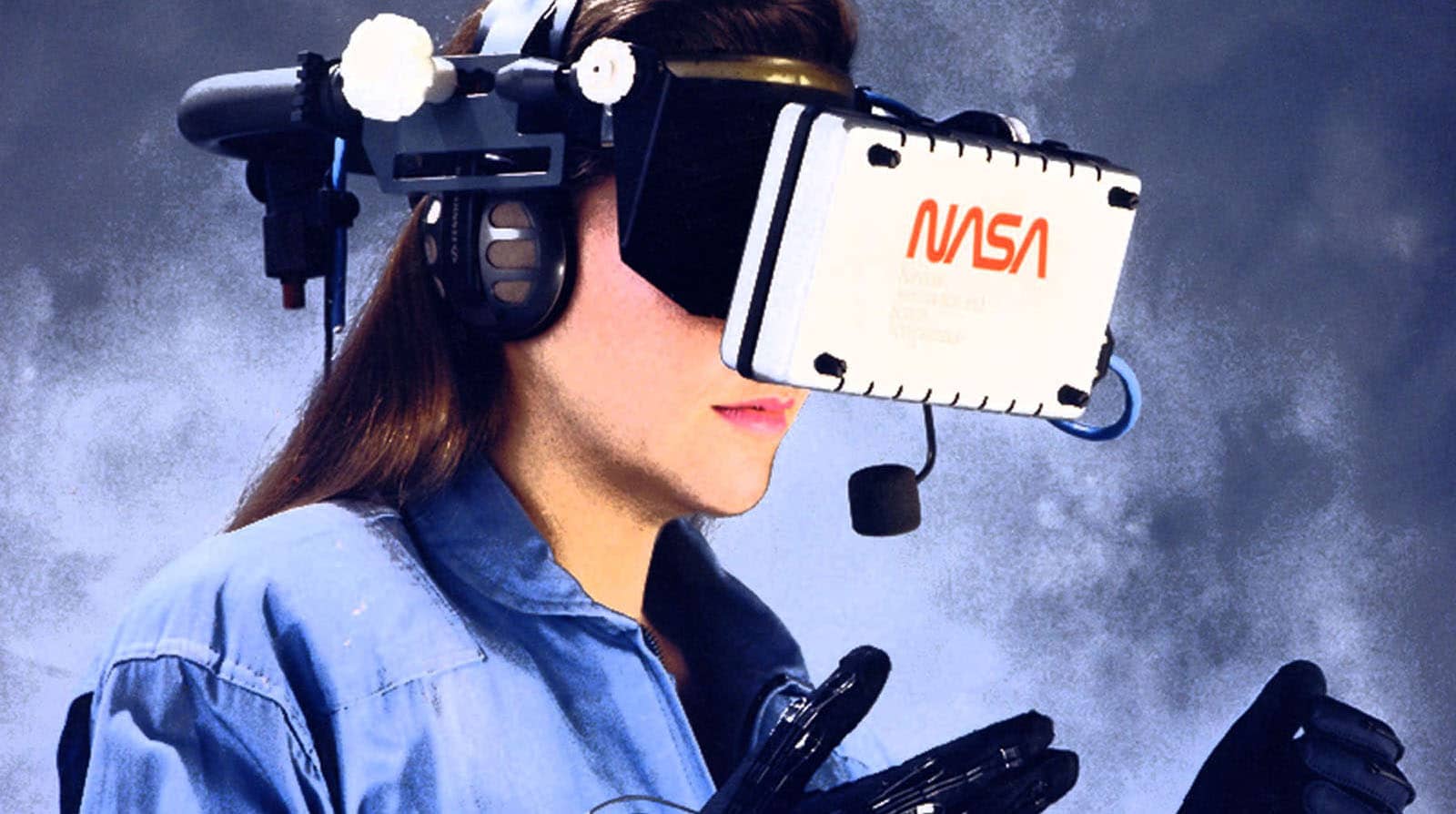 Yes, Virtual Reality isn't a new concept, in fact it's been around for a while, not only in the s-f movies or arcade centres but in the military, where high prices ($100.000 for a single unit) were not a big deal. Unfortunately poor technology made users disoriented while playing VR games in the 90's. Computational power was not sufficient to render smooth animation and low refresh rate of the display combined with a low frame-rate gave us nausea. I said us, because I was an early adopter. Not innovator, because the first VR HMD (head-mounted display) was designed in 1968, even before I was born. It was very primitive and too heavy to wear, so it was suspended on the ceiling, practically useless beyond the proof of concept. 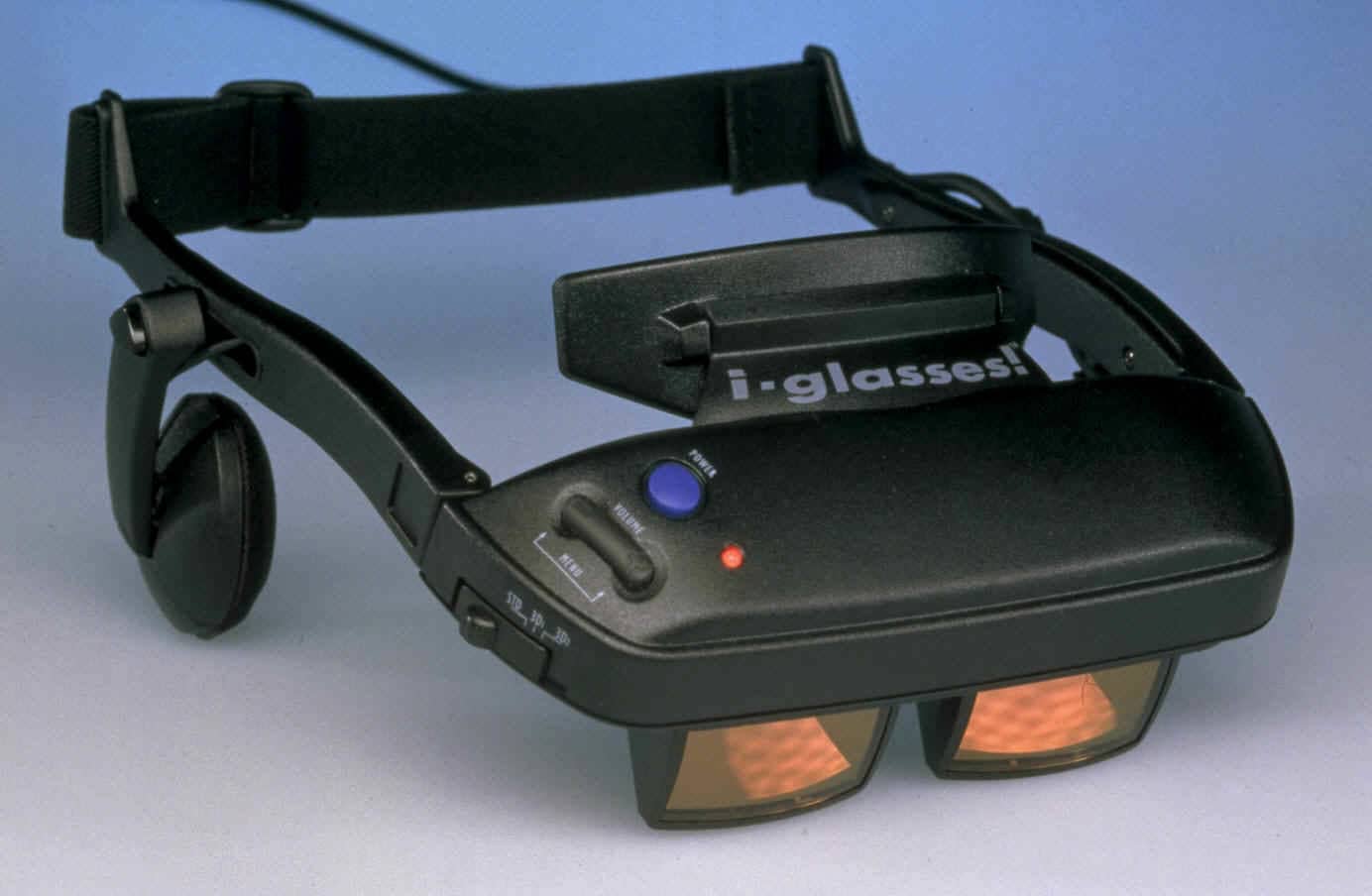 My first headset was i-glasses by Virtual IO. I tried also Nintendo Virtual Boy, Cybermaxx developed by Victormaxx and VFX-1 by Forte Technologies. 320x240 pixels per eye, optional head-tracker and build-in stereo headphones made me happy, allowing me to submerge in virtual world, play games and watch movies. I also made few architectural visualisations using SMILE (markup language for the VR). It was exciting to see the potential of this tech but also very disappointing that it didn’t become that thing.

Instead we had an Internet. Bummer :-) Some baby steps at the beginning and while dial-in modems were also frustrating, today we have an access to the crazy fast highway for information in every pocket. It took a while, but today, it’s hard to imagine what life would be like without internet. I like to think about VR technology same way as about internet or for a better comparison, like a good wine that has to mature to develop a full flavour. 30 years sounds like a hibernation but fortunately the time has come.

Things has changed when Oculus Rift was introduced in 2012. It was an HMD (head mounted display) equipped with a high precision head tracker. After a very successful kickstarter campaign, the first developers kit was released on March 29, 2013. Despite many imperfections I truly enjoyed the first experience and committed to look closer where it goes. In March 2014, Facebook purchased Oculus VR for $2 billion. Next version (DK2) released in July 2014, was even better and it became clear to me that this technology has a bright future. 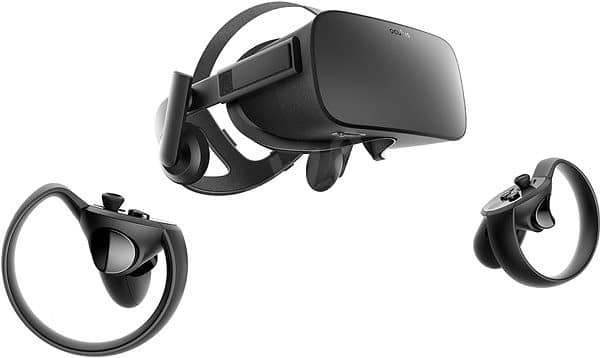 Facebook/Oculus VR cooperation with Samsung gave us Gear VR, released on November 27, 2015, a portable version, which utilise a smartphone for computation and display. Meanwhile in PC sector a competition emerged, the HTC Vive was unveiled in March 2015, development kits were sent out 5 months later and final version of the device was released on June 7th, 2016, just few month after first batch of Oculus Rift virtual reality headsets referred to as CV1 (Consumer Version 1) began shipping to consumers on March 25, 2016.

Samsung Gear VR made VR experience affordable, while HTC Vive with controllers has moved Virtual Reality to the next level, with even more degrees of freedom and precise hands tracking.

Software developers are working tirelessly to design the best possible experience for us, but all of this would be impossible without the right hardware. Today we have 3 major players:

followed by Google VR (Daydream, Cardboard) and handful of late to the party competitors like HP, Dell, Asus, Acer, Samsung and Lenovo, offering similar but different approach to VR, based on Windows Mixed Reality technology developed by Microsoft, which includes AR (Augmented Reality).

We have also some standalone VR headsets and plenty of VR ready smartphones with high resolution displays and powerful CPUs/GPUs (it’s fair to say on pair with previous generation gaming consoles). Oculus Go and Samsung Gear VR backed by Facebook and Lenovo Mirage Solo with Daydream.

Many new companies has jumped on the bandwagon, start-ups like Magic Leap, StarVR, PimaxVR, Fove introduce some innovations, like eye-tracking or extra wide field of view or higher refresh rates, but VR pioneers are also developing new versions of their flagship products, including stand alone headsets for high end wire-free experience. 2019 is a year of HTC Vive Cosmos and Vive Focus, Oculus Rift S and Oculus Quest.

The tech is here and many software developers makes it possible to enjoy the VR. Today VR content creators like me, can take a full advantage of that technology and some of us spreads a word to popularise that.

I've noticed a significant trend in the development of technology, especially when I look at adoption speed. New communication technologies appear faster, but although the most groundbreaking ones are behind us (printing press, radio, internet) every new innovation improves communication and brings us closer to each other. Each time technology enables hidden potential for a better communication.

Fashion comes and goes, but some things stay for longer. I remember being a photographer using film when digital photography was just a curiosity. If I dig deeper into my memory, then colour photography was a kind of whim. Today everyone has a camera (smartphone) in their pocket, which is great, even though sometimes it introduces challenges in my workflow. These smartphones has a hidden potential, ready to use anytime.

The mobile phones market is heavily saturated and VR ready smartphones are widespread, especially among young people. Stand alone headsets are changing our attitude towards VR and soon it will become just another comodity, while Virtual Reality based on desktop PCs is prevalent among enthusiasts and getting adopted by business. As a photographer and tech enthusiast I couldn't be indifferent for this opportunity to introduce VR to my clients as soon as possible.

People approach innovations in certain ways. We can distinguish 5 customer segments by looking at the technology adoption lifecycle, a sociological model used to track the purchase patterns.

I'm not in forecasting business, but predicting future trends has gave me an edge over my competitors many times in the past. I have to admit that as an early adopter I have a bias, but it seams that VR will stay with us. Of course I may be wrong - even Bill Gates made few significant mistakes (I remember his famous words that internet is just a fad).

Would you like to wait and see, risking to miss an opportunity or rather try to incorporate VR into your business before the point of market saturation?

As a business owner, photographer, designer, educator and modern technologies enthusiast, I look at my clients through the lens of tomorrow, to satisfy their current business needs without losing opportunities which today may be out of their sight. Are you ready to adopt cutting-edge technology today?

How you can benefit from my experience?

Product photography, jewellery, fashion, interior design and property market, restaurants, hotels and house developers, even wedding planning is where my services were welcomed with warmth and enthusiasm, but my comfort zone is much wider. For the last 20+ years I’ve worked with many industries, including entertainment, FMCG, IT and telecom, financial sector and defence.

You can benefit even as an individual. Imagine your wedding day, while you can rewind and experience it again. Or in those rare cases when some family members can't be there, but with VR and streaming 360 video in the real time, they could experience your big day as they would be there.

In general, I would advocate for the use of VR and 360 photography when it removes obstacles in a sale or decision making process and in few other cases, when visual impact makes a difference, gives you some recognition and elevates the status. Also when you can gain from the prestige by portraying your business as modern and trendy or when you tap into the right audience, i.e. young professionals, those who are getting married and those who are on the market for their first house. They all can greatly benefit from VR.

If you use social media for your business, pictures from drone, 360 camera and 3D images and videos, would help as well to push your posts to larger audience, get more attention and subscribers, and increase engagement. One advice in advance - if you are going to do that, do it right.

From my own experience I can confirm that VR has profound real-world impacts on how your products and services are perceived. Many marketers and entrepreneurs stuck in their comfort zone fail to recognise that you must keep up to stay relevant and innovate to get ahead of your competition. This of course include how your product or service is presented to the clients, but what’s more important, VR is where you can meet your new clients, it’s like an online shopping on steroids.

My team provide many different services around visual art and photography. Virtual Reality is a pinacle of technical advancement. I can generate architecture and visualise interior design or photograph real interiors and change them into 360 images. It's even more impressive as a 360 video. Please ask for a demo and free consultation using form below.

Aerial images and videos are nice addition to your wedding or real estate photography. I make also 360 images using drone. Here is an example of 25 images stiched together to show the area around the church. You can watch this on your phone, tablet, PC and VR, just look around, zoom in and zoom out.